In the CC nomenclature, a dataset is determined by:

The CC is divided into five levels of increasing complexity:

In turn, each level is divided into 5 sublevels or coordinates representing different aspects of the data. Each sublevel has an exemplary dataset, as described below:

Each of the coordinates can contain an arbitrary number of datasets. All datasets are fully described in the PostGreSQL database, and searchable at the CC web app ( not done yet). They receive a numbered coding (e.g. A1.001).

This is how we define a dataset:

Dataset pre-processing refers to everything that from downloaded/calculated/user-defined data until Signature Type 0. Pre-processing can be of very different complexity: 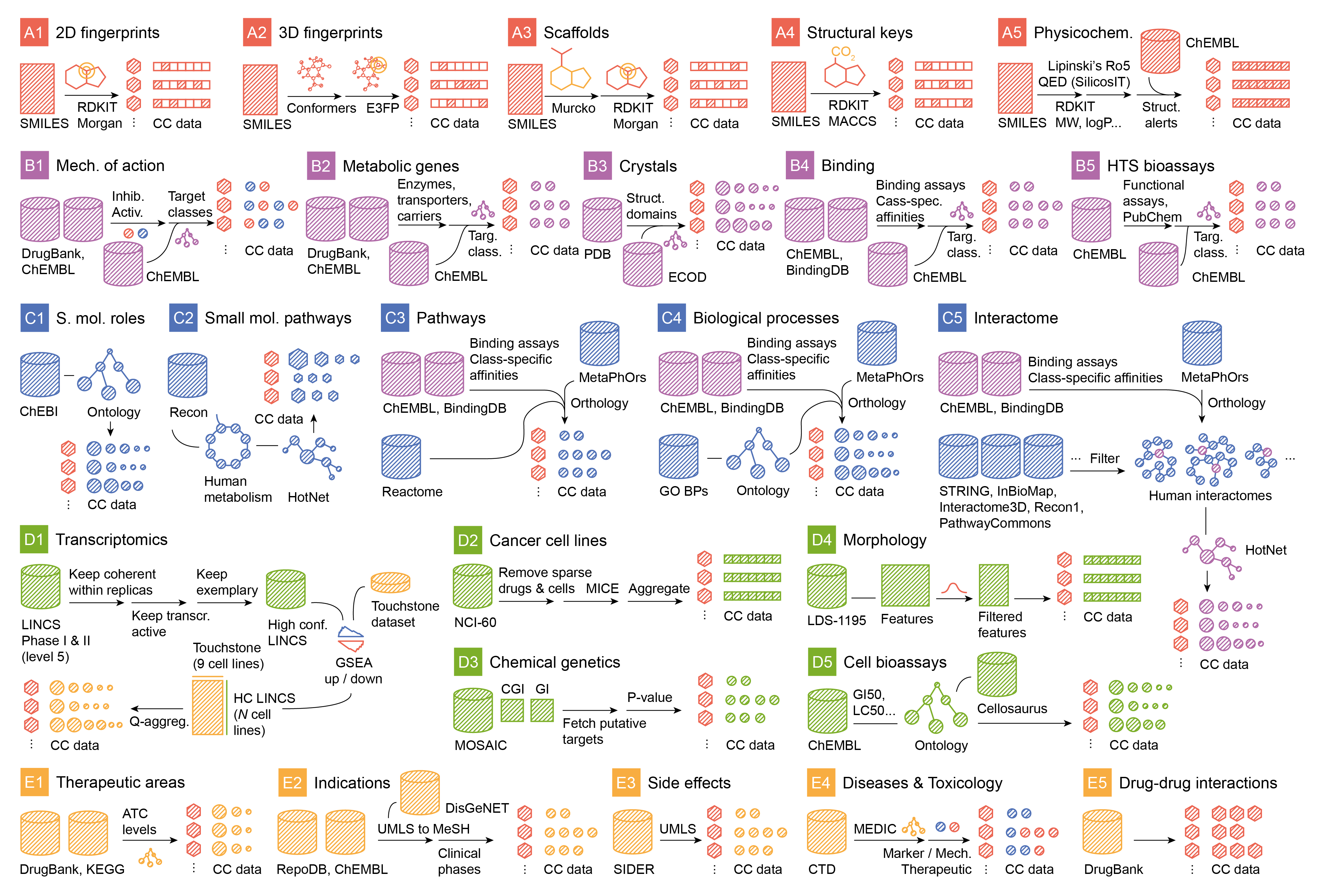 Here is where most of the SB&NB research happens. For now, dataset pre-processing is organized in a rather independent structure, i.e. each dataset receives its pre-processing scripts.

There are two mandatory files: